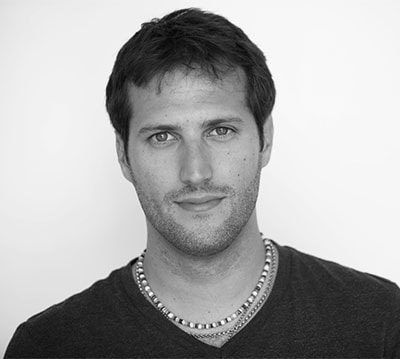 Every month, exclusively for members of How To License Your Music Premium, I host a live webinar on different topics related to music licensing, music production, music marketing and more.

In our next webinar on 12/7, I'll go live with guitarist/composer Dario Forzato on the topic of how to "crack the code" of music licensing and make a full time living composing music for tv, films and video games for a full hour.

​Go premium to access all our monthly webinars, licensing leads, in depth courses and more.
About Dario Forzato

Dario is an Italian guitarist and composer based in Los Angeles. He graduated in “Music Sciences and Technologies”  at Università degli Studi di Milano and earned several diplomas in Arrangement, Theory, and Guitar Performance from many prestigious classical and modern music academies in Milano, such as the Conservatory “G. Verdi”, CPM and NAM.

He has been composing, performing, and producing music for the past decade, across Europe, Asia, and the US, constantly working with top producers, artists, songwriters, and production companies.

Dario is currently endorsed by D’Addario Strings, Planet Waves, and Gibson guitars.
Dario’s music has been published by Warner/Chappell, EMI, Sony/ATV, The Audio Network, Megatrax, Glory Oath + Blood, 411 Music Group, Gramoscope Music and can be heard across a variety of entertainment media outlets around the globe.

CAREER HIGHLIGHTS:
• Music composer for the feature film “Scrambled”, written and directed by Frank Reina
• Winner of Best Score at the LA Shorts Awards for “A Very Lovely Dress”
• Music composer for the feature film “Sharkskin”, written and directed by Dan Perri
• Music supervisor for the theatrical dance show “Pearl”, directed and choreographed by Daniel Ezralow, which premiered at The Lincoln Center in NYC
• Composer and performer of the theme song for Ubisoft video game “Rocksmith”
• Additional composer for many major network TV shows such as Emmy-Award Winning Docuseries Born This Way, Wicked Tuna, Undercover Boss, Pit Bulls and Parolees, and many others
• Composer for Megatrax, Warner/Chappell Production Music, Audio Network, 411 Music Group, EMI Production Music, Sony/ATV, Gramoscope Music, Glory Oath + Blood, and many others
• RapScallions’ song “California Brain” which Dario co-wrote is featured in Ubisoft’s “Rocksmith” and “Rocksmith 2014” which sold 6+ Million copies worldwide
• RapScallions’ single “Can You Feel It” which Dario co-wrote has been played in their arenas by top sport teams such as LA Kings, NY Rangers, Denver Broncos, Kansas City Chiefs, and many others