how to get a Killer Vocal Sound

Master Class:
​How To Get A "Killer" Vocal Sound

About The Course:
“How To Get A Killer Vocal Sound” dives deep into an actual vocal production mixing session, with 2 hours of detailed and concise explanations and real-life video screen capture examples – edited to take out unnecessary footage -- showing the exact differences between amateur and pro-sounding vocal production. Learn what to listen for exactly. Learn how to listen to vocal tracks while mixing. Learn everything from basic vocal production techniques, to the latest “secrets” of vocal production, such as how to get that radio-ready 3D Vocal Reverb sound, and how to apply side-chain compression on your 3D Vocal Reverb (without having to spend a single dollar on new plug-ins!)

Improve every one of your vocal mixes from here on out, and increase your odds even more of getting your music licensed.

Video 1 (Length 31:31)
-Philosophy and Priorities of Vocal Production for Radio-Ready Vocal Tracks.
-Defining and separating the hats of Artist, Producer, Vocal Producer, Engineer – with special emphasis on Vocal ----Producer and Engineer.
-Knowing what to listen for in a vocal performance recording.
-Emotion, Soul, Feel and a Convincing Performance take priority over technical perfection.
-How to determine if a vocal performance is acceptable.
-Knowing when a vocal track needs to be re-recorded for a better performance.
-Knowing when a vocalist needs to be replaced.
-A/B’ing vocal tracks in any DAW.
-Using the right Vocal Reference tracks to A/B.
-Comparing, not Matching – is the key to A/B’ing successful.
-A/B’ing is a DISCIPLINE. When done, it leads to Radio Ready Quality Vocals without wasted time.
-How to set up a “Duet A/B,” which will instantly make your vocal tracks sound totally pro.
-3 Elements of A Vocal Recording: Timing, Volume & Tuning.
-What to listen for when assessing the quality of your vocal production.
-How to know exactly when a Vocal Production is done.

Video 2 (Length 32:02)
-The Secret of how to get that smooth, polished radio-ready vocal sound.
-Sibilence, Transients, Plosives and Consonants: How to maintain full control over the perceived loudness of a vocal track.
-The exact differences (with examples) between amateur sounding vocal production and pro sounding vocal production.
-How to get a richer, fuller, up-front and clear vocal sound with digital mixing.
-How to tune a vocal track naturally.
-How to tune a vocal track appropriately for the genre you’re working with.
-How to set up a temporary vocal production mix for the best results.
-Equipment and gear – the importance of your equipment & gear, and where they stand vs. Your Ear.
-How to develop the ability to hear objectively and to know what to listen for while tuning.
-Why I stopped accepting sponsorships from various software and equipment companies – so that I can bring you the 100% truth about music production and maintain full integrity.

Video 3 (Length 30:06)
-The secret of EQ’ing vocals: EQ’ing effects as well as the vocals themselves.
-The most efficient place to start while EQ’ing your vocal effects.
-Subtractive EQ’ing vs. Addititive EQ’ing. Which one is better. (Hint – neither is better or worse and if anyone says different, just smile and nod – and carry on experimenting for yourself!)
-How exactly to “search and destroy” annoying frequencies in your vocal tracks. Listening for “20 pounds of weirdness in a 10 pound bag.”
-What NOT to learn that can get in your way of great vocal production.
Effects
-Knowing your basics about radio-ready vocal sound effects.
-A small handful of “Power Tool” plug-ins that work wonders for vocal production – saving you time and helping you increase vocal production quality.
-A detailed real-life look at Parallel Compression – what it is exactly and exactly how to use it to its fullest potential for radio-ready vocal production.
-Delay and it’s relationship to Reverb for vocal production.
-The secret of that radio-ready 3D Vocal Reverb technique. A super-detailed explanation and demonstration of how to set it up and how it sounds.

Video 4 (Length 22:41)
-Learn the exact, detailed and thorough explanation of side-chaining compression.
-A step-by-step, clear and concise demonstration of how to find the vocal reverb “sweet spot” while using 3D Reverb, by applying side-chain compression to 3D Reverb.
-What to listen for exactly while mixing with side-chained compression of reverb.
Tracking and Recording of Vocals
-Microphones – which ones are best. The research findings may surprise you.
-Mic Techniques for vocalists.
-How to professionally record vocals with no headphones (that’s not a typo) in your control room with the studio monitors cranking.  How to get very little to no bleed through in your mic.
T-he difference between vital elements and un-important elements in a vocal tracking, mixing and mastering session – and how to hear the difference.
-Why recording anywhere “near the red” is wrong in digital recording, but optimum with analog tape recording.
-The vital importance of sound proofing your room.
-The myth of the importance of sound treatment. How to install sound treatment in your studio without spending a single dollar.
-The true importance of sound proofing your studio and why sound proofing is 1000% smarter than sound treatment.
-What makes a great Vocal Producer?
-What makes a great Vocal Engineer?
-How to get the best possible performance out of the singer.
Watch 30 Minutes Of The Course For Free Below:
​
About Gary Gray
Award-Winning Composer, Producer, Engineer 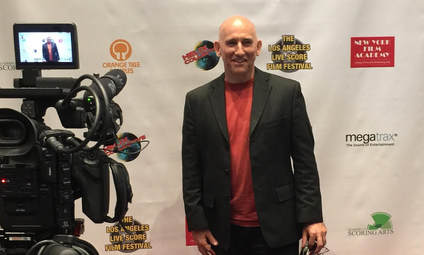 Raised on Symphonic Classical Music, Motown, Rock and Roll and Big Band Jazz, Gary Gray grew up in Cleveland, Ohio as a prodigy drummer. After a music scholarship to Northwestern University in Chicago for composition and performance, Gary went on to play drums under Berry Gordy and Suzanne DePasse for Motown Records in Los Angeles in the mid 1980’s.

His day gig was Advertising and Promotion Manager for Music Connection Magazine.

Gary has always enjoyed “both sides of the desk” in the music business – the music & the business.

Having taught music since the age of 16, Gary is widely regarded as an exceptional Mentor for composers, songwriters, musicians, producers, vocalists and engineers. Gary has had many tracks licensed – of both his clients and his own. 2018 has so far seen Gary earn a Telly Award as mixing and mastering engineer for Client David Fogel’s “Path of Totality” Sound Track, as well as regular work for his client 20th Century Fox, with 4 major projects completed so far, including music for the Video Game “Predator,” part of the kick-off of the 2018 movie remake by the same title.  As a singer, songwriter, composer and producer, Gary has two awards from The UK Songwriting Festival under his belt.

As a strong supporter and partner of Aaron Davison, founder of HowToLicenseYourMusic.com, Gary both produces Aaron’s personal music (which has seen a recent rash of licensing deals), and is the resident Producer/Engineer for HowToLicenseYourMusic.com and HTLYMPremium.com – having produced more than 20 hours of tutorials, courses and educational materials. As a testament to Gary’s mentoring skills, he often receives testimonials with the words “life-changing” mentioned more than once.  Gary believes that teaching music production without some form of life-coaching is unfair to the student, whereas Mentoring with life-coaching helps achieve the individuals full potential.

Besides Mentoring, Gary maintains a very active studio schedule and abides by his personal Motto: “I’m Either Networking or Notworking.” Gary is currently volunteering during his free time to help underserved youth at RYTMO (Reaching Youth Through Music Opportunities) by sponsoring and producing their newsletter, and is on the visionary board for a new “Motown” artist-development project with the legendary Avila Brothers, Iz and Bobby.