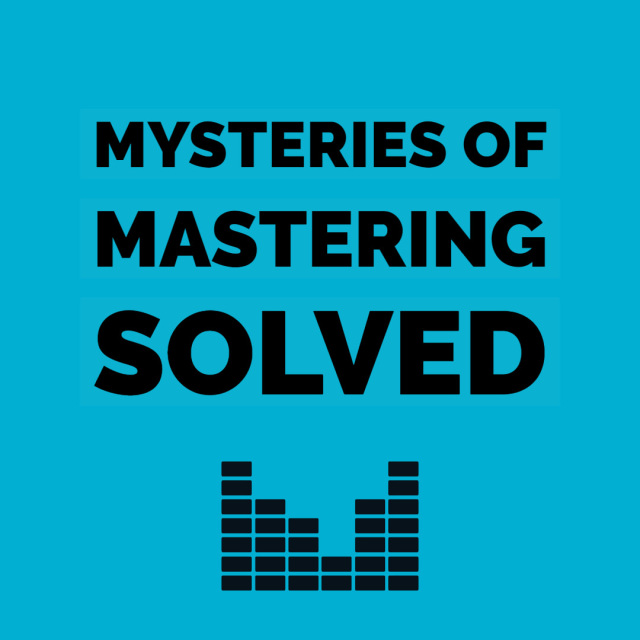 It’s a truth to say that great mixes, not mastered, can easily fail in the licensing world.

Music Supervisors, one for one, demand that tracks be mixed AND MASTERED to industry standards in order to be accepted for licensing opportunities.

If you’ve been frustrated about getting your productions up to industry standards and are just confused by existing educational materials or don’t have the time to research how to improve the quality of your own recordings, then you are in the right place at the right time.

This new course features detailed views inside actual recording, mixing and mastering sessions, on a song written by Danny Key, “Think,” and features vocalist Shelley Scarr who sings background vocals on “American Idol” and on the hit television series “Glee.”

This is by far the most comprehensive and thorough course on the subject of Mastering as it relates to licensing your music ever released.

Included in the course:

Over 3 Hours of Detailed Video Instruction on how to Record, Mix and Master to Major Label quality standards in your Home Studio. NOTE: The entire course was recorded and video’d in Gary’s Home Studio. In this course, Gary REDEFINES MASTERING, and presents the discipline the way it is actually practiced in the real world. This new definition is overdue and has been accepted with thumbs up by top industry pros. It includes a specialized definition of Mastering for HOME STUDIO and PROJECT STUDIO OWNERS. And this course focuses on that definition. So you are not shown wasted ideas, techniques, or theories. Every single detail in this course is designed to deliver into your hands knowledge and techniques that you can use to increase your chances of licensing success for your recordings.

One FREE hour long video, vital to helping you get started immediately on your road to more lucrative licensing deals for your songs and compositions. The video is called “Mysteries Of Mastering Solved – Session Routing Architecture,” and takes you on a detailed tour of how to set up a successful recording template in your studio that will guarantee consistent Industry Standard recordings coming out of your home studio. Also witness how to best utilize compressors, EQ and other vital plug-ins in a typical session. This is presented in minute detail so that you will be able to immediately apply these tips and techniques today.

An hour long Video titled, “Mysteries Of Mastering Solved – An Actual Mastering Session.” Learn, for the first time, how to Master using cutting edge techniques and incredible new plug-ins and technology – that you can download legally for free – or very inexpensively.

Learn about the Loudness War and what Gary is doing, along with other key players in the Music Industry on an international basis -- to put this war to an end once and for all. Gary explains the new international standards being proposed for loudness (one just became law in the U.S.) and will show you how to use brand new meters which have just been developed to help you CALIBRATE YOUR STUDIO MONITORS correctly and how to keep your music from becoming squashed, distorted and less emotional, while still maintaining acceptable loudness standards by MUSIC SUPERVISORS for LICENSING OPPORTUNITIES.

An hour long Video titled, “Basic Definitions and Truths About Mastering Today.” Blow the doors off the Myths and the Mysteries that have up to now surrounded the “mystical” practice of Mastering. Watch an animated explanation of Compression that will once and for all clear up any any all confusion you may have ever had about Compression – but were afraid to ask. If you do not FULLY understand compression, you can never consistently achieve hit quality recordings in your home studio.

PDF illustrations, an e-Booklet on Digital Mastering in the Home Studio exclusively for HowToLicenseYourMusic.com members,

An extensive list of facts about Psychoacoustics that will change the way you Record, Mix and Master forever – with the result of upping your odds of licensing deals and seeing a financial return on your hard work in your Home Studio.

Guidelines of Priorities, Actions and Equipment for the Independent Mixing and Mastering Engineer.

Gary Gray is a California based producer with over 30 years of experience working in the industry.

Gary has had two recordings premiered in the last year on CBS National Radio, one a tribute to 911 written by Gary premiered on the 10th Anniversary of 911 as the theme song, “Freedom Lives On In America,” and “Hocus Pocus,” premiered this past month.

His licensing and production/engineering resume includes:

“Love Sick”- single for film score soundtrack album on Concord Records for the Dennis Quaid film “Beneath The Darkness.”

NBC Television Commercial for “Stompin’ At The State” in Ohio

Here's a recap of what you'll get when you purchase "Mysteries Of Mastering Solved":

1) 60 minute audio course with Aaron Davison and Gary Gray - stream online or download to listen when and where you'd like.

2) Four Part, Three Hour Long Video Series That Corresponds To Audio Course That Adresses All Of The Concepts Discussed In The Course

3) A Video Of An Actual Mastering Session.

4) Screen shots of exact mastering techniques discussed during the course.

​Purchase this directory as a stand alone product for just $37.00, or GO PREMIUM and access this product and ALL our courses for one low monthly price.

For a free video course on how to write music for film, television and ads, visit http://www.howtolicenseyourmusic.com/