Master Class: How To Be A Full Time TV Composer

Just wanted to let you know I purchased this course through Aaron and at about 75% complete I'm really enjoying it. I really, really enjoyed the small section on track organization and metadata, great info.

In my opinion, the business flow and organization can be the trickiest part to map out.

To be honest, I'm the guy who has been doing music since he was a kid but for the last year have been so discouraged I've been on the verge of giving up completely. I've gone through all the phases of music life with varying degrees of success and failure. Now being in my late 30's and having no desire to gig or promote my original music to the masses I really didn't know where to go.. I've taken Aaron's 90-day challenge before and though had a small placement or two and he was great I just wasn't able to focus like I am now.

Really what I wanted to say was thank you for putting this course together, sharing your knowledge and thank you for providing motivation and direction for me and others like me who wanted to throw in the towel. "

"How To Be A Full Time TV Composer" is a new, in depth, four hour, audio & video course, led by TV composer Eddie Grey (Born This Way, The Healer, Shark Tank and more) and facilitated by Aaron Davison.  The course is instantly accessible online and features the most in depth, comprehensive and cutting edge information on how to build a career as a TV composer available.  Learn directly from someone who has created a thriving, full time career as a composer for television over the last several years, Eddie Grey, as well as one of Eddie's original mentors in the world of music licensing, Aaron Davison.

What you'll learn in the course:

Part 1 - Audio
​•How to invest in the right gear
• Strength in numbers (assistants, co-writers, etc.)
• I almost gave up before I got my big break…
•“Getting Your Big Break” (Networking Strategies)
• howtolicenseyourmusic.com - Live Networking Events - You are always networking
• Email Templates (Introduction, Follow Up, etc.)
• Accumulate Placements and Build a Client Portfolio
• The importance of a Logo and/or a Slogan
• Websites - Business Card
• Follow-Up - Being pleasantly persistent
​•“Styles of Music I Make” (Self-Awareness)
• What kind of Composer are you? What are you capable of?
​•Niche Composers (Beatmakers, Rock Guys, Classically Trained, etc.)
​•Crossover Composer 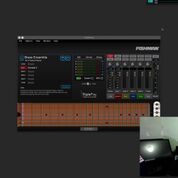 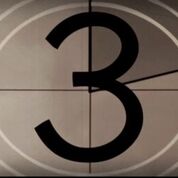 Part 4 - Audio
• Write with the end in mind and use References
​•Mastering the Mix (Levels/Reference)
• “A Day in The Life” (Composer Schedule)
• Ideal Day Design (S.S.P.R)
• Study Your D.A.W
• Sticking to Schedule
​•Diﬀerentiate between the diﬀerent phases of Composing
• Jam
• Compose
• Arrange
• Produce/Mix
• Master/Finalize

Part 6
​• “Final Thoughts” (Composer Mindset)
• Be easy to work with
• Talent is Secondary
• Be impeccably organized
• Find or Hire a Mentor
• Never Give Up!!! Fight for Your Dreams 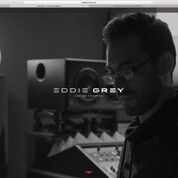 Eddie Grey is a multi-faceted composer, arranger, songwriter, and sound designer whose successful track record speaks for itself. The Los Angeles-based musician began playing with synthesizers and writing on computer programs at an early age, eventually beginning a musical education that would take him into the world of composing and songwriting.

His success as a composer has seen many high level placements, most notably the main title theme for DirectTV’s “Celebrity Beach Bowl” as well as the theme for their “Fantasy Football Channel.” In addition to his work with DirectTV, he has placed numerous tracks on high rated television shows across a multitude of networks, including Lifetime’s “Dance Moms”, NatGeo’s “Wicked Tuna,” ABC’s “Bachelor in Paradise,” Bravo’s “Millionaire Matchmaker” and CBS’s “The Young and The Restless”, to name a few.
​
Eddie Grey’s reputation for high quality compositions, music supervision placements, and songwriting, exemplify his well rounded knowledge of music and its ability to add color to any scene, soundtrack, or ad placement. A critically acclaimed musician and sought after music supervisor, Grey proves to be an impactful composer and dedicated partner that adds value to every composition and project he touches. In 2015 alone he sold over 75 songs, placed over 500 tracks, and landed premiere compositions with ABC’s “Shark Tank” and “World of X-Games” television projects. Thus far in 2016, Eddie has placed music on the trailer for the film “Life On The Line”, secured a main title for the “Pigman” series, scored a documentary, worked on several television shows, signed a multi-album publishing deal with Megatrax and is now the composer for the Emmy® nominated series “Born This Way” on A&E (Season 2).

Hear Eddie's recent segment on the Music, Money And Life podcast where he discusses his career, how he got started and more.

Watch a free 7 minute excerpt of the course, from the "Composer Workflow" video.

Here's a recap of what's included in the course:

-The Instruments that drive your session Video (30 min)

-The Importance of a Show Reel Video (10 min)

-Audio Samples and where it's been heard (30min)

-PDF with links to gear, pertinent websites, a few music libraries to start with and email template

"Thanks for the amazing course guys! I highly suggest the Skype Consultation. Talking to Eddie was like drinking from a FIRE HYDRANT! He did his homework and I couldn't take notes fast enough! Now it's my turn to take his advice and apply it.
​
This is the best investment I could have possibly made at this point in my career! I feel like I just took an entire college course in 1 day! Thanks Eddie! "

How To Be A Full Time TV Composer Master Class
​

How To Be A Full Time TV Composer